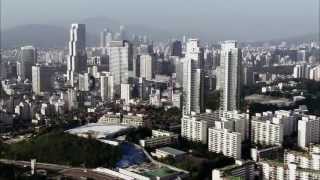 A feature documentary about the world of South-Korean professional gamers. Every year thousands of South-Koreans flock to the game stadiums in Seoul to watch the Pro League, a live sports event where professional gamers compete to be the best at one single video game: Starcraft. It’s a title many young South Koreans dream of. The game itself is more than a decade old, almost ancient in the fast developing world of video games, but in South Korea it has become a national past-time. Like most specator sports, this world of eSports rapidly evolved in a multi-million dollar business. In this story, we follow 3 boys in different stages of their career as a Pro-Gamer in South Korea. For some it will be a struggle to stay on top of their game, for others it might be the turning point of their lives

6.4
Genres
Documentary, Drama, Sport
Runtime
1h 25min
Age rating
U
Director
Steven Dhoedt
Under the new EU law on data protection, we inform you that we save your history of pages you visited on JustWatch. With that data, we may show you trailers on external social media and video platforms.