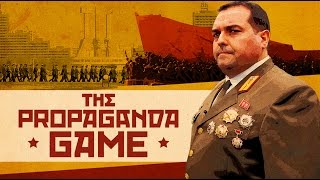 North Korea. The last communist country in the world. Unknown, hermetic and fascinating. Formerly known as “The Hermit Kingdom” for its attempts to remain isolated, North Korea is one of the largest source of instability as regards world peace. It also has the most militarized border in the world, and the flow of impartial information, both going in and out, is practically non-existent. As the recent Sony-leaks has shown, it is the perfect setting for a propaganda war.

6.8 (4k)
Genres
Documentary
Runtime
1h 34min
Age rating
12
Director
Álvaro Longoria
Under the new EU law on data protection, we inform you that we save your history of pages you visited on JustWatch. With that data, we may show you trailers on external social media and video platforms.