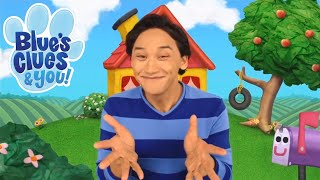 Each game of Blue's Clues involves problem-solving, viewer interaction, and of course, a stop for "mailtime!" In this reboot, the animated ensemble cast is back with a new host: Josh, who's just learning how to play Blue's Clues.

7.5
Genres
Animation, Comedy, Kids & Family
Runtime
22min
Season 1
Season 1
Under the new EU law on data protection, we inform you that we save your history of pages you visited on JustWatch. With that data, we may show you trailers on external social media and video platforms.