Hard Knocks is not available for streaming. 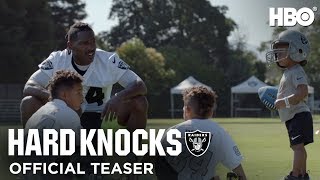 In season twelve, the focus is on the Tampa Bay Buccaneers, a team on the rise that many expect to contend for the NFC South crown. Coached by Dirk Koetter, who guided the team to a 9-7 season last year, the Bucs are led by second-year QB Jameis Winston. In training camp, Winston will join team veterans, rookies and free agents as they try to prove they have what it takes to make the team and leave their mark on the NFL.

We try to add new providers constantly but we couldn't find an offer for "Hard Knocks - Season 12" online. Please come back again soon to check if there's something new.