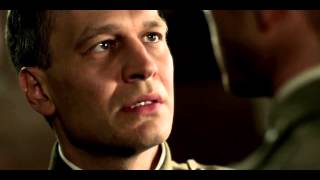 This harrowing war film is an epic dramatization of the first battle of World War II. The Battle of Westerplatte that began on 1 September 1939 will forever be remembered as the one that announced the beginning of the Second World War in Europe. Over one week, fewer than 200 Polish soldiers fought against heavy German bombardment and in the process came to symbolize the power of resistance. As the violence rages, a complex battle of a more personal nature plays out between two Polish commanders over how to best lead their men. Amid the bloodshed, they must ask themselves – should they fight until the last man standing or surrender in the face of overwhelming odds? What unfolds is a stirring exploration of the fight against the forces of tyranny.

Battle of Westerplatte streaming: where to watch online?

5.0
Genres
War & Military, Drama, History, Made in Europe
Runtime
1h 58min
Director
Pawel Chochlew
Under the new EU law on data protection, we inform you that we save your history of pages you visited on JustWatch. With that data, we may show you trailers on external social media and video platforms.