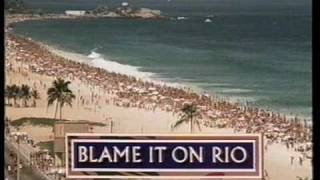 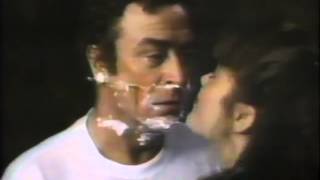 Matthew Hollis is man on holiday in Rio with his best friend. Both men have teenage daughters with them. When Matthew falls for his best friend's amorous daughter named Jennifer, they embark on a secret, if slightly one-sided relationship. Jennifer's father is furious when he finds out about the 'older man' in his daughter's life, and sets out to hunt him down with the aid of Matthew!

Blame It on Rio streaming: where to watch online?

People who liked Blame It on Rio also liked

5.8 (9k)
Genres
Comedy, Romance
Runtime
1h 40min
Age rating
R
Director
Stanley Donen
Under the new EU law on data protection, we inform you that we save your history of pages you visited on JustWatch. With that data, we may show you trailers on external social media and video platforms.