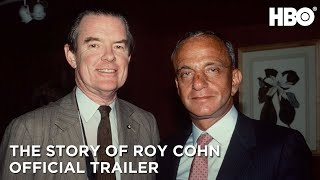 This thorough and mesmerizing documentary takes an appropriately unflinching look at the life and death of Roy Cohn, the closeted, conservative American lawyer whose first job out of law school was prosecuting filmmaker Ivy Meeropol’s grandparents, Julius and Ethel Rosenberg. Moving from the fifties—when he was also chief counsel to Senator Joseph McCarthy—to the crooked deals and shady power brokering of the eighties that led Cohn to becoming the right-hand man and mentor of Donald J. Trump, this film is not merely a depiction of a brutal, ideologically diseased man—it’s an interrogatory work in search of the true character behind an icon of the political right in a deeply troubled America. Featuring interviews with such figures as Cindy Adams, Alan Dershowitz, Tony Kushner, Nathan Lane, John Waters, and a trove of fascinating, recently unearthed archive video and audio material.

Bully. Coward. Victim. The Story of Roy Cohn streaming: where to watch online?