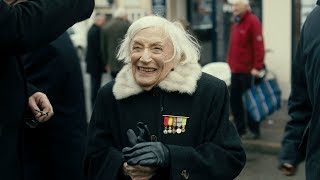 When it seems that all the stories about World War II have already been told, a new one is often found. Marthe Cohn is a French Jew, whose life resembles a real-world blockbuster. During the war, she took the cover name Chichinette, became a spy, and gathered intel that helped organize an important military operation. Chichinette suffered many losses during the war, having been born in a Jewish family in a small industrial town close to the border between France and Germany. Now Marthe is 98 years old. Despite her age, she is savvy in modern technology and loves traveling the globe - she is often invited to go abroad and tell the story of her military achievements.

Chichinette: The Accidental Spy streaming: where to watch online?