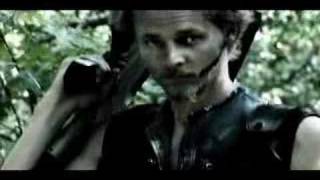 Children of the Hunt

In the dystopian future of 2052, mankind has devolved into two extremes of "have's" and "have not's". Those with the means have become so decadent that, if they wish, they have the power to hunt and kill another human being. Those without the means have become the hunted. The Brotherhood of Mars Corporation controls the battlefield where the hunts are staged. When the Brotherhood casts out one of their own, Morgan, into the dangerous wilderness, he must quickly adapt and join a struggling tribe of survivors. There he meets Naomi, a beautiful and resourceful young woman who's deadly with her bow. Just when they learn to trust each other, the Brotherhood of Mars have sent out their most bloodthirsty hunters to track them down. Let the games begin!

Children of the Hunt streaming: where to watch online?