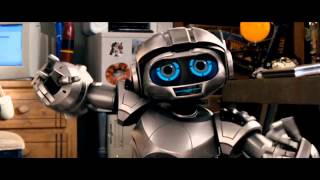 At Kinetech Labs, an inventor named Allan Topher designs a robot for search and rescue, but when he finds out that the robot will be used for military purposes, he programs the robot to flee. The robot escapes but is damaged in the process. It is discovered by 12-year-old Henry Keller, who fixes it and names it Cody. The robot does not remember its past, and Henry and Cody develop a friendship. Eventually, Kinetech and the inventor find Cody and bring the robot back to the laboratories. The inventor feels guilty for taking Cody away, so he returns the robot to Henry. The inventor meets Henry's mother, Joanna, in the process and falls in love. Kinetech wants the robot back, so it kidnaps the inventor and Joanna. Henry and Cody embark to save them and to bring down Kinetech.