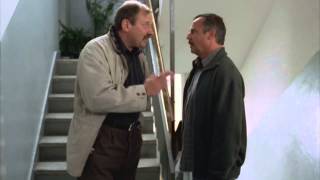 It is a bitter story about a middle-aged man, who hates his life and other people, including himself. Adam Miauczynski, the character known from director Marek Koterski's previous films, is a 44 year-old teacher, who reads poetry during school lessons and later goes home swearing and calling his neighbours' names. The worst pain for him is the next 5 minutes of living. He doesn't accept himself and even everyday contacts with others cause his aggression. Though constantly dreaming of a romantic love, he is not bold enough to make his dreams come true. The desperate Miauczynski personalizes our own fears and obsessions, which have become so visible recently.

Day of the Wacko streaming: where to watch online?

Currently you are able to watch "Day of the Wacko" streaming on Fandor, Fandor Amazon Channel.

People who liked Day of the Wacko also liked