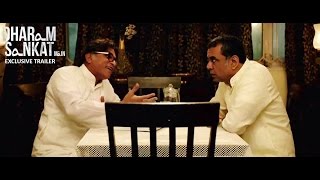 The film revolves around a Hindu man (Paresh Rawal) who goes through an identity crisis when he discovers he was adopted as a son in a Hindu family but was born in a Muslim family. The journey starts with finding his real father.