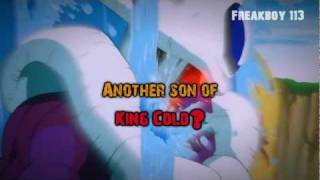 After defeating Frieza, Goku returns to Earth and goes on a camping trip with Gohan and Krillin. Everything is normal until Cooler - Frieza's brother - sends three henchmen after Goku. A long fight ensues between our heroes and Cooler, in which he transforms into the fourth stage of his evolution and has the edge in the fight... until Goku transforms into a Super Saiyan.

7.2 (6k)
Genres
Science-Fiction, Animation, Action & Adventure
Runtime
48min
Age rating
PG
Director
Mitsuo Hashimoto
Under the new EU law on data protection, we inform you that we save your history of pages you visited on JustWatch. With that data, we may show you trailers on external social media and video platforms.