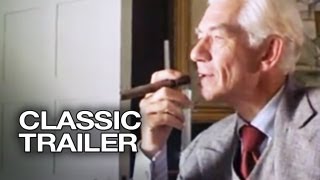 It's 1957, and James Whale's heyday as the director of "Frankenstein," "Bride of Frankenstein" and "The Invisible Man" is long behind him. Retired and a semi-recluse, he lives his days accompanied only by images from his past. When his dour housekeeper, Hannah, hires a handsome young gardener, the flamboyant director and simple yard man develop an unlikely friendship, which will change them forever.

Gods and Monsters streaming: where to watch online?