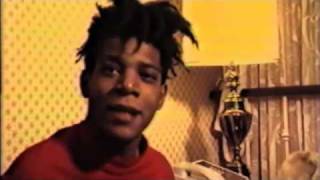 Jean-Michel Basquiat: The Radiant Child streaming: where to watch online?