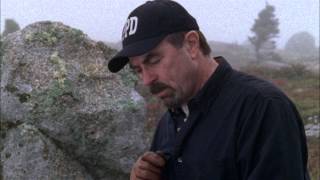 Police Chief Jesse Stone's relationship with his ex-wife worsens, and he fears he's relapsing into alcoholism. To get his mind off his problems, Jesse begins working on the unsolved murder of a bank teller shot during a robbery. Also, his investigation of an alleged rape draws him into conflict with the town council—which hopes to preserve Paradise's reputation as an ideal seaside resort.

7.2 (3k)
Genres
Drama, Mystery & Thriller, Crime
Runtime
1h 40min
Director
Robert Harmon
Under the new EU law on data protection, we inform you that we save your history of pages you visited on JustWatch. With that data, we may show you trailers on external social media and video platforms.