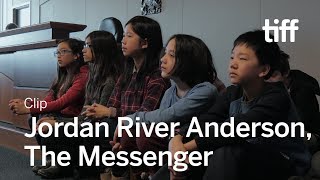 The story of a young boy forced to spend all five years of his short life in hospital while the federal and provincial governments argued over which was responsible for his care, as well as the long struggle of Indigenous activists to force the Canadian government to enforce “Jordan’s Principle” — the promise that no First Nations children would experience inequitable access to government-funded services again.

Jordan River Anderson, The Messenger streaming: where to watch online?