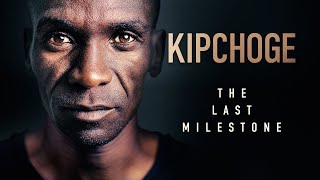 A man's struggle against himself and against time. Kenyan runner Eliud Kipchoge dreams of completing a marathon distance of less than two hours. An achievement that is considered unattainable for a human being. Here we follow him as he prepares to break the impossible record. Is he able to break the magical two-hour limit and write history?

Kipchoge: The Last Milestone streaming: where to watch online?