Macross Plus: Movie Edition is not available for streaming. 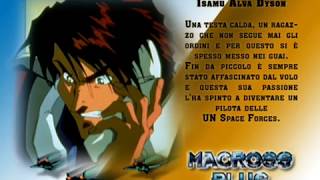 Three decades after the great war between the humans and the Zentradi, the U.N. government is developing new technologies to use in their transforming fighter aircraft by running tests on the colony planet Eden. Military test pilots and former childhood friends, loose cannon Isamu Alva Dyson and the Zentradi mixed race Guld Goa Bowman, are selected to each pilot a new aircraft (Shinsei Industries' YF-19 & General Galaxy's YF-21) for Project Super Nova, to choose the newest successor to the VF-11 Thunderbolt variable fighter which is currently still in use by the U.N. Spacy military forces. Their own personal grudges end up disrupting the tests, and begin to wreak havoc on the program.

Macross Plus: Movie Edition streaming: where to watch online?

We try to add new providers constantly but we couldn't find an offer for "Macross Plus: Movie Edition" online. Please come back again soon to check if there's something new.