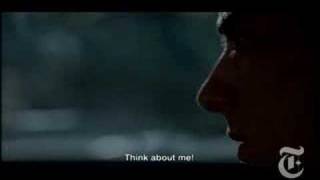 Accio and Manrico are working class brothers who live in Italy in the 1960s. While his brother becomes drawn into left-wing politics, Accio, the hotheaded younger brother, is taken under the wing of a market trader and while under his influence, joins the Fascist party. Accio ("Bully") is a nickname he is proud of because it makes him seem tough. Manrico and their sister Violetta are alarmed to hear their brother listening to Benito Mussolini's speeches in his room. Manrico often physically torments his brother, including stuffing his head in the barrel under the drain pipe of their house.

My Brother Is an Only Child streaming: where to watch online?

Currently you are able to watch "My Brother Is an Only Child" streaming on realeyz.

People who liked My Brother Is an Only Child also liked

7.0 (6k)
Genres
Drama, Comedy, Made in Europe, Crime, History, Documentary
Runtime
1h 48min
Age rating
R
Director
Daniele Luchetti
Under the new EU law on data protection, we inform you that we save your history of pages you visited on JustWatch. With that data, we may show you trailers on external social media and video platforms.