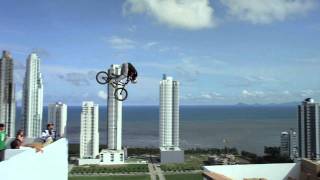 You will see Travis Pastrana and the whole Nitro Circus crew perform some of the most ridiculous, awe-inspiring, and simply insane stunts ever caught on camera. Coming to you in three dimensional glory, it will feel like you are there sitting shotgun with the crew.

Nitro Circus: The Movie streaming: where to watch online?