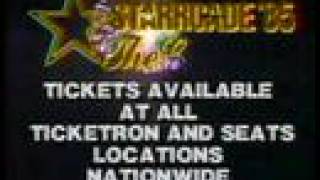 NWA Starrcade '85: The Gathering was the third annual Starrcade professional wrestling event produced by Jim Crockett Promotions under the NWA banner. It took place on November 28, 1985 from the Greensboro Coliseum in Greensboro, North Carolina and The Omni in Atlanta, Georgia. The main event was between Ric Flair and Dusty Rhodes for the NWA World Heavyweight Championship. Their feud escalated when Flair broke Rhodes' ankle in September. After the event, Flair formed the Four Horsemen stable, and continued to feud with Rhodes. Other matches included Magnum T.A. and Tully Blanchard in an "I Quit" steel cage match for the NWA United States Heavyweight Championship, and The Rock 'n' Roll Express and the team of Ivan and Nikita Koloff in a Steel Cage Match for the NWA World Tag Team Championship.

NWA Starrcade '85: The Gathering streaming: where to watch online?

We try to add new providers constantly but we couldn't find an offer for "NWA Starrcade '85: The Gathering" online. Please come back again soon to check if there's something new.

6.8
Genres
Action & Adventure, Sport
Runtime
3h 0min
Director
Jim Crockett Jr.
Under the new EU law on data protection, we inform you that we save your history of pages you visited on JustWatch. With that data, we may show you trailers on external social media and video platforms.