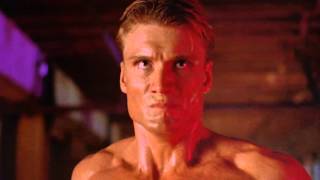 An American with a Japanese upbringing, Chris Kenner is a police officer assigned to the Little Tokyo section of Los Angeles. Kenner is partnered with Johnny Murata, a Japanese-American who isn't in touch with his roots. Despite their differences, both men excel at martial arts, and utilize their formidable skills when they go up against Yoshida, a vicious yakuza drug dealer with ties to Kenner's past.

Showdown in Little Tokyo streaming: where to watch online?

6.2 (16k)
Genres
Mystery & Thriller, Action & Adventure, Comedy, Crime
Runtime
1h 19min
Age rating
R
Director
Mark L. Lester
Under the new EU law on data protection, we inform you that we save your history of pages you visited on JustWatch. With that data, we may show you trailers on external social media and video platforms.