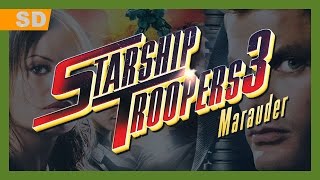 The war against the Bugs continues! A Federation Starship crash-lands on the distant Alien planet OM-1, stranding beloved leader Sky Marshal Anoke and several others, including comely but tough pilot Lola Beck. It's up to Colonel/General Johnny Rico, reluctant hero of the original Bug Invasion on Planet P, to lead a team of Troopers on a daring rescue mission.

53%
Genres
Science-Fiction
Runtime
1h 45min
Age rating
R
Director
Edward Neumeier
Under the new EU law on data protection, we inform you that we save your history of pages you visited on JustWatch. With that data, we may show you trailers on external social media and video platforms.