Nintendo’s beloved plumber jumps onto the big screen with his very own animated movie. Mario, Luigi, Princess Peach, Bowser and Toad all feature in the movie. They are joined by other fan-favorites such as Donkey Kong. Super Mario Bros. is inspired by the Nintendo video game franchise of the same name. The animated adventure was produced by Illumination – the studio that created the Despicable Me franchise, The Secret Life of Pets and Sing. The film marks the second movie based on the popular Nintendo character. It is unrelated to the 1993 live-action film. 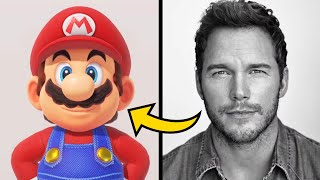 Super Mario Bros. will be available to stream from December 21, 2022. The streaming service that will include Super Mario Bros. in its media library is still unknown, but you can stay updated by tracking this movie on JustWatch.