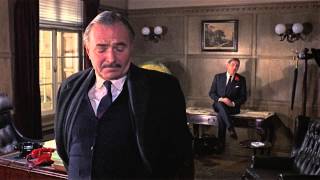 Charles Dobbs is a British secret agent investigating the apparent suicide of Foreign Office official Samuel Fennan. Dobbs suspects that Fennan's wife, Elsa, a survivor of a Nazi Germany extermination camp, might have some clues, but other officials want Dobbs to drop the case. So Dobbs hires a retiring inspector, Mendel, to quietly make inquiries. Dobbs isn't at all sure as there are a number of anomalies that simply can't be explained away. Dobbs is also having trouble at home with his errant wife, whom he very much loves, having frequent affairs. He's also pleased to see an old friend, Dieter Frey, who he recruited after the war. With the assistance of a colleague and a retired policeman, Dobbs tries to piece together just who is the spy and who in fact assassinated Fennan.

The Deadly Affair streaming: where to watch online?