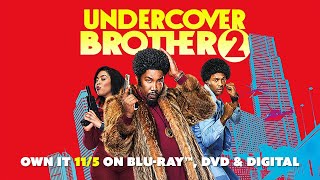 Sixteen years ago, Undercover Brother and his younger brother were hot on the heels of the leader of a racist, worldwide syndicate, but accidentally got caught in an avalanche of white snow. After they were discovered and thawed out, Undercover Brother remained in a coma. Now, it is up to his little brother to finish the job they started.