Untitled Pixar Animation Project (3) is not available for streaming.

Ember and Wade couldn't be more opposite. Their touching tale is set in a city where the residents personify each of the elements; water, fire, air, and land. Ember is a passionate and fiery go-getter while Wade likes to take things as they come and go with the flow. Some elements mix better than others and as they face their differences they begin to see just how much they have in common.

Elemental is an upcoming animated film by Walt Disney Pictures and Pixar Animation Studio. It is the 27th animated feature produced by the studio. Elemental is directed by Peter Sohn, known for handling the reins of The Good Dinosaur. Sohn drew inspiration for the story from his own immigrant background. His family moved from Korea in the 1970s and he grew up in the melting pot of the Bronx. The mixing of many cultures is what led him to the idea of a city that is home to different elements living and working side-by-side. Long-time Pixar collaborator Denise Ream is producing Elemental.

Elemental will be released in cinemas on June 16, 2023. Thereafter it will be available to stream on Disney+. 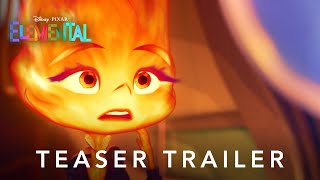 We try to add new providers constantly but we couldn't find an offer for "Untitled Pixar Animation Project (3)" online. Please come back again soon to check if there's something new.