Wendell and Wild are the scheming demonic brothers trapped in the world of the dead. Working tirelessly for Buffalo Belzer, the duo is desperate to deliver themselves from the murky underworld and appear fully formed in the land of the living. Striking into the dreamscape of a young Kat, a grief-ridden teen at a repressive boarding school, the trio enters a bargain that will see them tied together for a wild adventure through life and death. As Wendell and Wild personify Kat’s demons, the hard-nosed and angry teen must face her sorrow in the ghost land of her hometown, that since her parents' death, has become as sullen and empty as the goth teen herself. Between her only real friend Raul and the mysterious nun Helley, Kat has only a few possible allies in the hellish happening she’s mixed up in. Wendell and Wild meanwhile are looking to get out from under the thumb of their satanic father and whether she knows it or not, Kat seems to have all the answers.

Wendell and Wild is an upcoming stop-motion dark fantasy comedy film. It is produced by Netflix and directed by stop-motion maestro Henry Selick. Selick is known for his work on The Nightmare Before Christmas and Coraline, both of which are lauded as some of the best films in the stop-motion genre. Selick co-wrote the movie with Jordan Peele, known for his own peculiar mix of comic darkness. From Get Out to Nope, Peele has become a go-to for offbeat horror movies and his joining forces with Henry Selick is a natural pairing of the peculiar and untoward. The movie is based on an unfinished novel by Henry Selick and Clay McLeod Chapman. Marking his second collaboration with Selick after Coraline, French composer Bruno Coulais is in charge of the score.

The movie marks a reunion for the comedy duo Key and Peele. Keegan Michael-Key and Jordan Peele take on the roles of Wendell and Wild respectively. The pair are joined by the inimitable Ving Rhames who plays their father Buffalo Belzer. Lyric Ross takes on the lead role of Kat Elliot, the grieving goth teen. Multi-award-winning Angela Bassett contributes as Sister Helley playing alongside James Hong who voices Father Bests. The voice cast is brought to life by Argentinian artist and illustrator Pablo Lobato who is the lead designer for the stop-motion puppets.

Wendell and Wild is set for release on Netflix on October 28th, 2022. It will have a limited theatrical run starting on October 21st when it will be available to watch in cinemas.

In March 2018, it was confirmed that Netflix had picked up the animated feature following Jordan Peele’s Oscar win in the Best Original Screenplay category for Get Out. Peele was confirmed to be co-writing the script, with Argentinian artist Pablo Lobato on board to design the puppets. In 2019, Keegan Michael-Key described the back-and-forth process of writing and riffing between himself, Jordan Peele, and Henry Selick. However, production was hit by COVID, political unrest in the US, and wildfires in Oregon. In mid-2020 Bruno Coulais was confirmed as the composer for the movie and – despite production setbacks – the first trailer arrived in 2021. Netflix confirmed that the movie would be available to stream on October 28th. The movie had an international premiere at the Toronto International Film Festival on September 11, 2022. 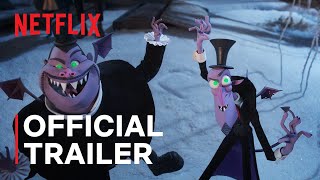 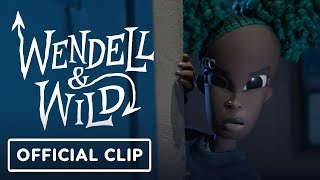 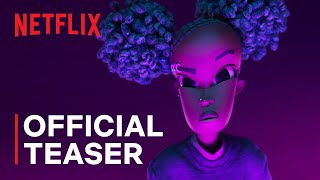 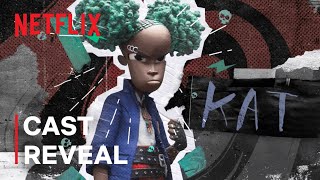 Currently you are able to watch "Wendell & Wild" streaming on Netflix, Netflix basic with Ads.