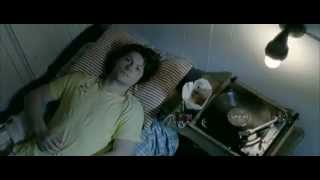 Zia, distraught over breaking up with his girlfriend, decides to end it all. Unfortunately, he discovers that there is no real ending, only a run-down afterlife that is strikingly similar to his old one, just a bit worse. Discovering that his ex-girlfriend has also "offed" herself, he sets out on a road trip, with his Russian rocker friend, to find her. Their journey takes them through an absurd purgatory where they discover that being dead doesn't mean you have to stop livin'!

Wristcutters: A Love Story streaming: where to watch online?

7.3 (53k)
Genres
Fantasy, Romance, Comedy, Drama
Runtime
1h 28min
Age rating
R
Director
Goran Dukic
Under the new EU law on data protection, we inform you that we save your history of pages you visited on JustWatch. With that data, we may show you trailers on external social media and video platforms.