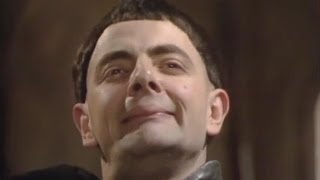 Set in 1485, King Richard III has won the Battle of Bosworth Field, only to be unintentionally assassinated, and is succeeded by Richard IV, one of the Princes in the Tower. The series follows the exploits of Richard IV's unfavoured second son Edmund in his various attempts to increase his standing with his father and in the final episode his quest to overthrow him.

Currently you are able to watch "Blackadder - Season 1" streaming on Hulu, BritBox, BritBox Amazon Channel or buy it as download on Apple iTunes, Vudu, Amazon Video.