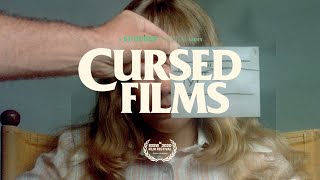 A five-part documentary series exploring the myths and legends behind some of Hollywood’s notoriously “cursed” horror film productIons. From plane accidents and bombings during the making of The Omen, to the rumored use of real human skeletons on the set of Poltergeist, these stories are legendary amongst film fans and filmmakers alike. But where does the truth lie?

Currently you are able to watch "Cursed Films" streaming on Shudder, Shudder Amazon Channel or buy it as download on Vudu, Amazon Video.

83%
Genres
Documentary
Runtime
28min
Director
Jay Cheel
TV
TV
Under the new EU law on data protection, we inform you that we save your history of pages you visited on JustWatch. With that data, we may show you trailers on external social media and video platforms.