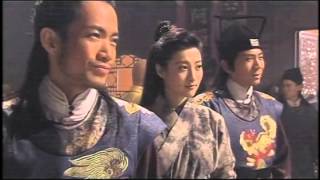 During the Northern Song dynasty, the Phecda Bureau is considered the most powerful of all government offices. Led by Fung Nam-Tin, his elite group is in charge of all criminal cases nationwide. The bureau's commander, Chu Cheung-Sing, is greatly valued by Nam-Tin, but due to one particular robbery case, they go their separate ways. Along with his wife Tao Fa, Cheung-Sing vanishes for nearly ten years until the case draws to a close. Now past his working prime, Nam Tim orders three officers to summon Cheung-Sing back to the bureau. Meanwhile, the Jin dynasty has long coveted the Song land, and is ready to launch an invasion.

Currently you are able to watch "Ghost Dragon of Cold Mountain" streaming on Tubi TV for free with ads.