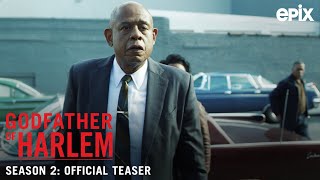 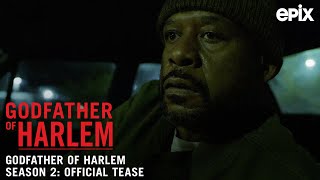 Season 2 finds Bumpy battling the New York Crime Families for control of the lucrative and murderous “French Connection,” the pipeline for heroin that runs from Marseilles to New York Harbor. With a distribution syndicate that includes black crime bosses from other major U.S. cities, Bumpy takes a cue from his friend Malcolm X’s message of black economic nationalism.

8.0 (8k)
Genres
Drama, Crime
Runtime
53min
Age rating
TV-MA
Season 2
Season 2
Under the new EU law on data protection, we inform you that we save your history of pages you visited on JustWatch. With that data, we may show you trailers on external social media and video platforms.