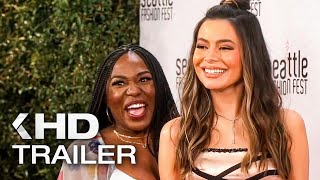 The sixth season of iCarly began airing on Nickelodeon on March 24, 2012 and ended on June 9, 2012. This season features Carly Shay, Sam Puckett, Freddie Benson and Gibby Gibson as their web show, iCarly, is becoming more popular worldwide. This is by far the shortest season of iCarly. On May 17, 2012, it was announced that this season will be the final season and the series finale event will air in November 2012. However, Nick promoted "iShock America" as the start of a new season. iCarly aired its 100th episode this season, making the first Nickelodeon live-action sitcom to reach that amount. Shows like Drake & Josh, Zoey 101 and other Nick shows usually last around 60 episodes.

6.7 (34k)
Genres
Comedy, Kids & Family, Romance
Runtime
26min
Age rating
TV-G
Season 6
Season 6
Under the new EU law on data protection, we inform you that we save your history of pages you visited on JustWatch. With that data, we may show you trailers on external social media and video platforms.