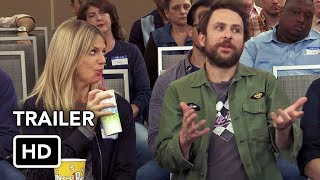 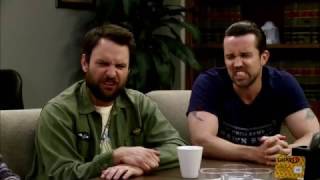 The sixth season of It's Always Sunny in Philadelphia, premiered on FX on September 16, 2010. The season contains 14 episodes and concluded airing on December 9, 2010 with the hour-long Christmas special. An additional episode called "The Gang Gets Successful" was produced for this season, but was not aired, despite scenes from the episode being included in promotional material for season 6. It was later re-edited with new scenes to create the Season 7 episode "How Mac Got Fat".

Streaming, rent, or buy It's Always Sunny in Philadelphia – Season 6:

People who liked It's Always Sunny in Philadelphia also liked

8.8 (190k)
Genres
Comedy, Drama
Runtime
23min
Age rating
TV-MA
Season 6
Season 6
Under the new EU law on data protection, we inform you that we save your history of pages you visited on JustWatch. With that data, we may show you trailers on external social media and video platforms.