Two unlikely partners are set on a course to stop evil and save the world. The loveable legend Kung-Fu Panda himself, Po, returns to fight alongside a new comrade. An English knight bedecked in serious armour with a serious personality, Wandering Blade is the near-opposite of the Dragon Master, Po. The two will have to team up if they’re going to defeat the villainy that seeks the power to build a new empire and destroy all that has come before.

Kung-Fu Panda: The Dragon Knight is a fantasy adventure animated series in the Kung-Fu Panda franchise. It was released on July 14, 2022 on Netflix. Produced by DreamWorks Animation, The Dragon Knight is the third animated series in the franchise and the eleventh title overall including three feature length, four short films and one holiday special. 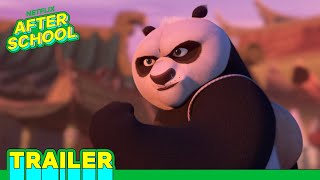 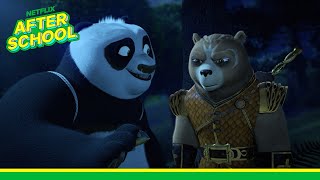 Currently you are able to watch "Kung Fu Panda: The Dragon Knight" streaming on Netflix.