My Kids Give Me a Headache 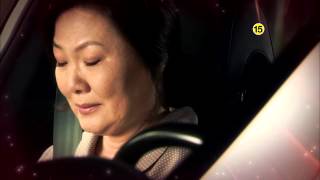 Childless Comfort is a 2012 South Korean television series, starring Lee Soon-jae, Kim Hae-sook, Yoo Dong-geun and Uhm Ji-won. It is about three generations of the Ahn family who are all living in one house in the suburbs of Seoul, and how they deal with the societal discrimination that their smart and highly educated, eldest granddaughter faces, when she became a single mother. It aired on cable channel jTBC from October 27, 2012 to March 17, 2013 on Saturdays and Sundays at 20:50 for 39 episodes. The series received consistently solid ratings, and its January 26, 2013 episode reached 7.955%, breaking the previous record of Reply 1997 to become the highest viewership ratings that a drama has received on Korean cable. It went on to break its own record for the February 24 episode, with another cable drama all-time rating high of 10.715%.

My Kids Give Me a Headache - watch online: streaming, buy or rent