In 1988, four newspaper delivery girls are caught up in mysterious and fantastical circumstances that open the door for them to travel through time. To make matters more complicated, "Paper Girls" Erin, MacKenzie, KJ, and Tiffany find themselves in the middle of a war between battling factions of time-travelers. Now trapped in the future and hunted by The Old Watch – a militant group seeking to outlaw time travel – the girls must work together to get home. Can the group face the fate of their future selves and make things right?

Paper Girls is a science fiction mystery TV show produced by Amazon Studios alongside Plan B and Legendary Entertainment. The series is based on the popular comic book, Paper Girls, written by Brian K. Vaughn and illustrated by Cliff Chiang. Both Vaughn and Chiang serve as Executive Producers on the show alongside showrunner Christopher Cantwell. The first season of the series has an all-female roster of directors including Georgi Banks-Davies, Mairzee Almas, Destiny Ekaragha, and Karen Gaviola.

Paper Girls stars Sofia Rosinsky, Fina Strazza, Riley Lai Nelet, and Camryn Jones in the leading roles of MacKenzie, KJ, Erin, and Tiffany. They are joined by Adina Porter as Prioress, Nate Corddry as Larry, and Ali Wong as the older version of Erin. Paper Girls was released on Amazon Prime Video on July 29, 2022. 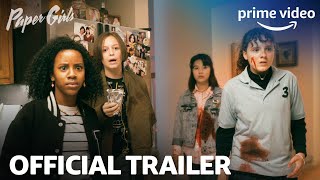 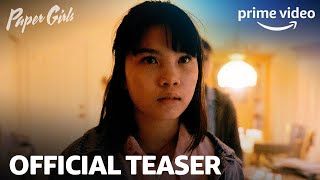 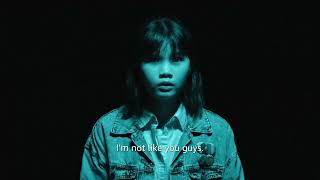 Currently you are able to watch "Paper Girls" streaming on Amazon Prime Video.