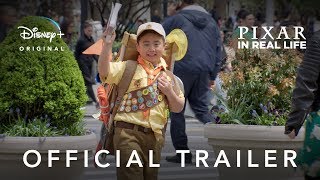 This live action series brings iconic characters and moments from Pixar films into the real world. Filmed on location in and around New York City, the series surprises and delights real people in real locations when they least expect it.

Currently you are able to watch "Pixar in Real Life" streaming on Disney Plus.

6.5
Genres
Reality TV, Comedy, Kids & Family
Runtime
4min
Age rating
TV-G
TV
Under the new EU law on data protection, we inform you that we save your history of pages you visited on JustWatch. With that data, we may show you trailers on external social media and video platforms.