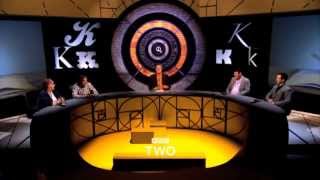 This is a list of episodes of QI, the BBC comedy panel game television programme hosted by Stephen Fry. Series G was the first in the show's history to be aired in its entirety on BBC One, beginning its run on 26 November 2009.

Currently you are able to watch "QI - Season 7" streaming on BritBox, BritBox Amazon Channel or for free with ads on Tubi TV.