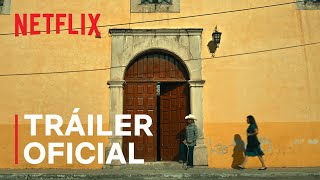 Inspired by the explosive investigative article by Pulitzer Prize-winning journalist Ginger Thompson, Somos. imaginatively recreates the stories of the people of the small town of Allende in the days leading up to a shocking massacre. Created by James Schamus, and co-written with Mexico’s Monika Revilla and Fernanda Melchor, Somos. tells the story of the drug wars from the victims’ perspective, giving voice to those whose lives were changed forever when, without forewarning, their town was struck by a tragedy triggered by a DEA operation gone wrong.

Currently you are able to watch "Somos. - Season 1" streaming on Netflix.