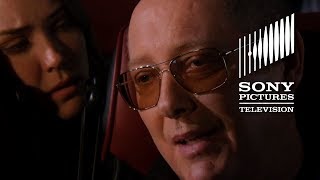 Feeling surprisingly unencumbered, Raymond Reddington is back, and in the process of rebuilding his criminal empire. His lust for life is ever-present as he lays the foundation for this new enterprise - one that he'll design with Elizabeth Keen by his side. Living with the reality that Red is her father, Liz finds herself torn between her role as an FBI agent and the temptation to act on her more criminal instincts. In a world where the search for Blacklisters has become a family trade, Red will undoubtedly reclaim his moniker as the “Concierge of Crime.”

Currently you are able to watch "The Blacklist - Season 5" streaming on Netflix or buy it as download on Amazon Video, Vudu, Redbox, Apple iTunes, Google Play Movies, Microsoft Store.