The Law of Ueki 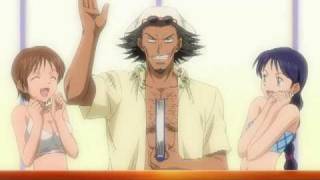 The fate of the world rests on Ueki, an average junior high student. Average until he gains the power to change trash into trees. Granted to him by the enigmatic Mr K., Ueki’s strange power forces him to participate in the 100-fighter "Battle of Supernatural Powers." If Ueki wins the tournament, Mr. K will become the new King of the Celestial World while Ueki will receive the "Talent of Blank", allowing him to choose any power he desires. However, if Ueki gets too many penalties during the game, he will disappear!

The Law of Ueki - watch online: streaming, buy or rent

Currently you are able to watch "The Law of Ueki" streaming on Crunchyroll, Retrocrush, VRV for free with ads or buy it as download on Amazon Video.

People who liked The Law of Ueki also liked