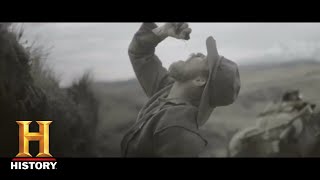 Influential builders, dreamers and believers whose feats transformed the United States, a nation decaying from the inside after the Civil War, into the greatest economic and technological superpower the world had ever seen. The Men Who Built America is the story of a nation at the crossroads and of the people who catapulted it to prosperity.

Streaming, rent, or buy The Men Who Built America – Season 1:

People who liked The Men Who Built America also liked

8.6 (3k)
Genres
Documentary, History
Runtime
44min
Age rating
TV-PG
Season 1
Season 1
Under the new EU law on data protection, we inform you that we save your history of pages you visited on JustWatch. With that data, we may show you trailers on external social media and video platforms.