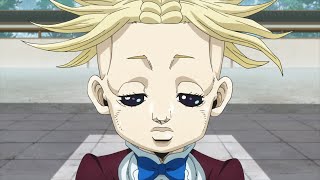 A series of OVA adaptations of the eponymous series of one-shots, featuring Diamond is Unbreakable character, Rohan Kishibe. Much like the one-shots themselves, the episodes are released out of order.

Currently you are able to watch "Thus Spoke Kishibe Rohan" streaming on Netflix.

7.7
Genres
Action & Adventure, Science-Fiction, Mystery & Thriller, Animation, Drama, Fantasy
Runtime
23min
Age rating
TV-MA
TV
TV
Under the new EU law on data protection, we inform you that we save your history of pages you visited on JustWatch. With that data, we may show you trailers on external social media and video platforms.