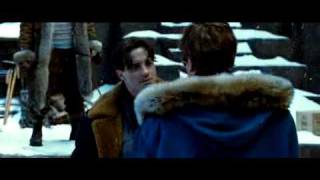 Archaeologist Rick O'Connell travels to China, pitting him against an emperor from the 2,000-year-old Han dynasty who's returned from the dead to pursue a quest for world domination. This time, O'Connell enlists the help of his wife and son to quash the so-called 'Dragon Emperor' and his abuse of supernatural power.

The Mummy: Tomb of the Dragon Emperor - watch online: streaming, buy or rent

People who liked The Mummy: Tomb of the Dragon Emperor also liked

5.2 (150k)
Genres
Fantasy, Horror, War & Military, Mystery & Thriller, Action & Adventure
Runtime
1h 52min
Age rating
13
Director
Rob Cohen
Under the new EU law on data protection, we inform you that we save your history of pages you visited on JustWatch. With that data, we may show you trailers on external social media and video platforms.