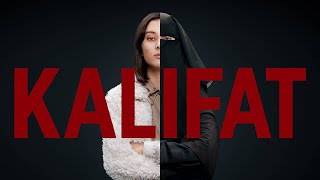 National Security agent Fatima receives a tip that a terrorist attack against Sweden is in the planning stage. Meanwhile Sulle, a teenage girl in Stockholm, gets interested in her student assistent who opens doors to a new and fascinating world - the true path. Kalifat is a thriller about the intermingled fates of five young women who get caught up in the seducing and destroying force of religious fundamentalism.

Currently you are able to watch "Caliphate" streaming on Netflix.