Pretty Little Liars is not available for streaming. 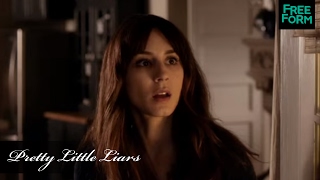 After Hanna's shocking abduction by "Uber A", the PLLs and company desperately race against the clock to save one of their own. The only way to do this is by handing over evidence of Charlotte's real murderer to "Uber A". In order to do so, the girls must decide what blatant lines they are willing to cross that they have never breached before; and once they cross that line, there is no turning back.

We try to add new providers constantly but we couldn't find an offer for "Pretty Little Liars - Season 7" online. Please come back again soon to check if there's something new.