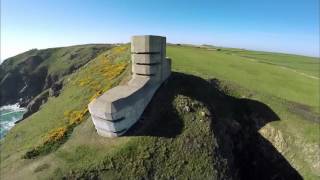 The story of America’s most important battles against the Nazis and the Japanese during World War Two. This series examines the military mind-set, pioneering tactics and state-of-the-art technologies deployed by both sides. Remnants of military hard-wear, defensive megastructures and forgotten relics of war are discovered as experts journey from the beaches of the Pacific islands to the battlefields of Northern Europe.

Currently you are able to watch "Nazi Megastructures - Season 5" streaming on Disney Plus, Comhem Play.

TV
TV
TV
TV
TV
TV
TV
TV
Season 5
Under the new EU law on data protection, we inform you that we save your history of pages you visited on JustWatch. With that data, we may show you trailers on external social media and video platforms.